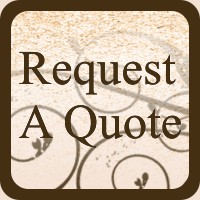 Plains Game can be added to your Big Game Safari or be booked as a hunt on its own. We offer a wide variety of Plains Game species.

Hunting the variety of African Plains Game species is a dream of many hunters, and although many have the misperception that it is too expensive, one can actually book a Plains Game hunt that includes multiple species for less than a North American guided hunt for a single specie.

Plains Game hunting in Southern Africa is responsible for more hunters visiting the continent than all of the Dangerous Game combined. Africa offers more than a 140 species to hunt, it truly is the hunters paradise.

“Plains Game” is the word generally used for the medium sized animals and in particular the antelopes in Africa. South Africa is considered one of the prime locations for Plains Game hunting and offers the hunter the widest variety of Plains Game species mostly because of its variety of geographic areas that ranges from Mountains to the flat plains of the Freestate with the rolling hills of the Highveld and the Bushveld in-between. Each of these areas forms a prime habitat that host different Plains Game species.

Each of the Plains game species offers the hunter its own unique challenge and the hunter will get to test all his skills. Various techniques are used to hunt the different species, most of it is done by the “walk and stalk” or “spot and stalk” method, the various terrain and conditions makes very exciting hunting and every animal hunted successfully will have its own story to share with fellow hunters.

A wide variety of weapons can be used for hunting the different species, rifles bows, shotguns, handguns and muzzleloaders are all been used successfully. The type of weapon you choose to use will also determine the method of hunting you will be conducting. For instance a bow hunter might make use of a blind at a feeder or waterhole where a rifle hunter would be doing more “walk and stalk” type of hunting. Shooting ranges varies hugely and this is yet another challenge for the hunter.

The more popular rifles for Plains Game Hunting is generally the .270’s, 7mm’s, .30 calibers and even the .375’s are all very popular choices. It is commonly recommended to use the heaviest grain soft-nose bullet your rifle can shoot well. Shot placement is crucial on all African Game. The animals in Africa are generally a lot tougher to kill than the European and North American animals. This is due to a constant battle for survival with a lot of pressure from predators. Their organs is also situated more forward and lot lower than most European and American animals. Make sure to practice shooting from Shooting sticks and familiarize yourself with the vital areas of the African game prior to your Safari.